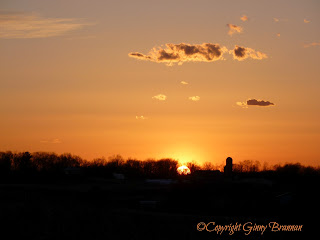 Sun brushes the horizon with a kiss
and bids adieu to daylight with a promise
that moon will share the secrets of the night.

I feel your breath upon me in the night,
entwined with you, upon my neck a kiss--
and through your lips the whisper of a promise…

Morning dawns, a new day full of promise
as pledges are remembered from the night;
your love revealed, then sealed with passion's kiss--

Did your kiss lie, will promise die with night?


First attempt at a tritina.  The tritina is the little sister of the sestina – a variation made up of three tercets and a one-line envoy. In other words, it’s composed of ten lines, starting with three stanzas of three lines each, and then a single line to conclude the poem. The line-ending words of the tritina follow a pattern similar to that of the sestina, appearing thus: ABC, CAB, BCA with the envoy as ABC.
Shared at d'Verse Poets Pub Form For All: On Tritinas
***Linking up to d'Verse Poets Pub Open Link Night #60.

Thank you for reading my poetry and sharing your thoughts.