The floodgates open, words careen
to slip and dissipate as fast
dissolving just beyond my grasp…

I hear the sound of hollow screams,
as ghost-chains rattle broken dreams;
and phantom shadows dance in ceaseless
search for shape and form...

Yet still I write—
holding tight to scattered
thoughts on fragile pages,
as each word unlocks
the spirituous haunting
of my soul.

Written for Magpie Tales #208
Image provided by Tess Kincaid. Come see what others are sharing!
Posted by Ginny Brannan at 10:10 AM 18 comments:

Email ThisBlogThis!Share to TwitterShare to FacebookShare to Pinterest
Labels: OnWriting

Blame it on the Groundhog

Sharing at dVerse Open Link Night Week #133. A wee rhyme, just for fun.
And yes, it is snowing here…again!!! 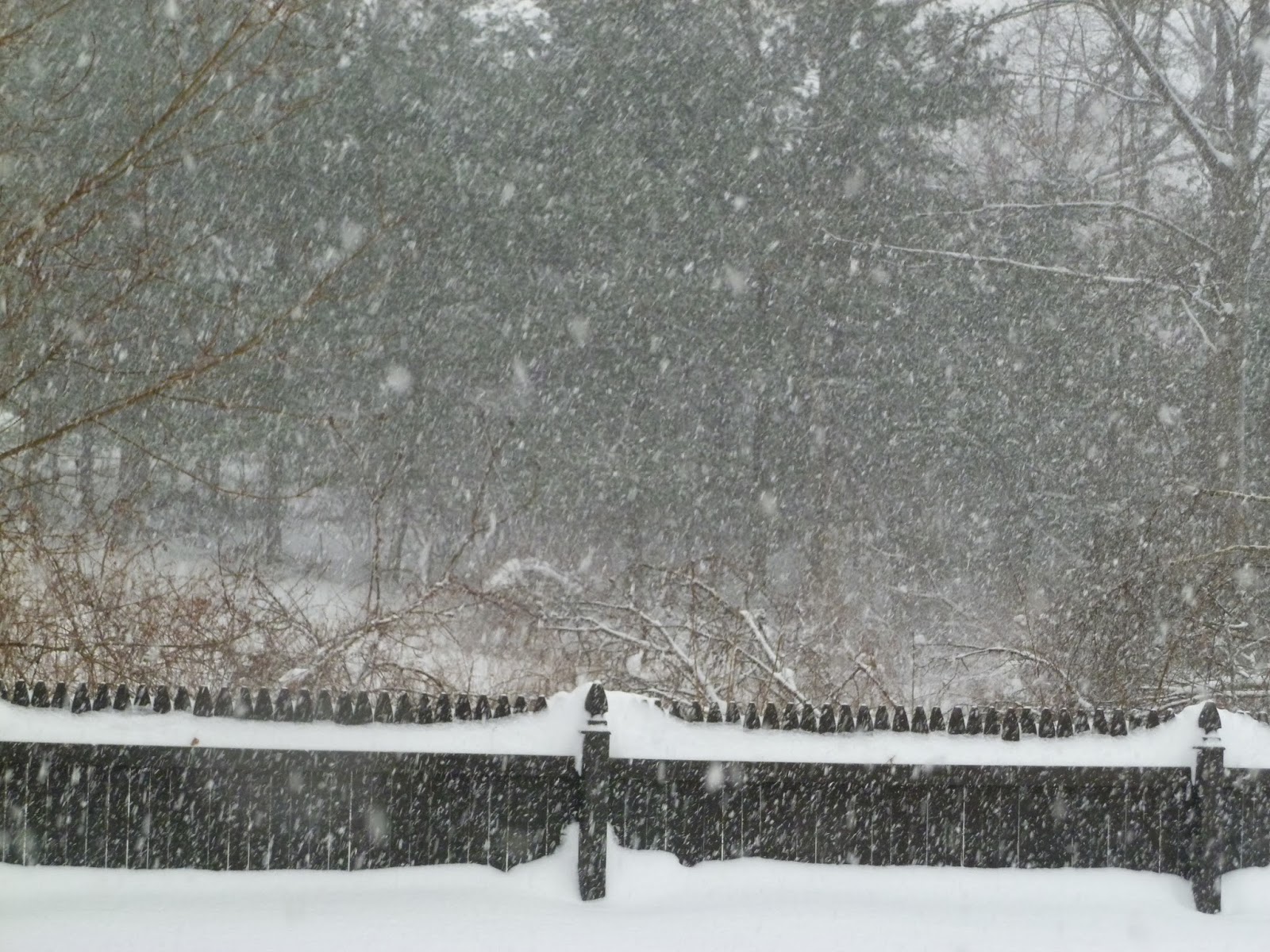 Soft snowflakes land upon pane
and blanket pristine white again,
we watch the lovely crystals fall—
a magic world transformed for all.

They seem to fall in endless chain,
upon the fence and weathervane…
the ice is damming on the eaves;
our roads are riddled with frost heaves.

This weather’s driving me insane,
can feel a pulsing in my brain—
as once more I don boot and hat
and curse that giant rodent rat.

Another snowfall...oh, the pain
in my back and shoulder reign!
The winter white has lost its thrill,
am gunning for that groundhog Phil!

Email ThisBlogThis!Share to TwitterShare to FacebookShare to Pinterest
Labels: For Fun, Winter

Written in February, thought I'd visit dVerse Poetics: Your family hiSTORY and share this little piece of myself:
He was born before the turn of the 20th century in a small town
near the coast of Sicily. Little is known to us of his early childhood.
As a young man, he sailed on Italian merchant ships, where he
learned to weave and repair nets. In the early 1900s he immigrated,
coming through Ellis Island into New York City then on to
Chicago–where he saw his share of crowded tenements and
common bathrooms–before finding his way to and making
his home in a small mill town in southeastern Vermont.
I don’t know exactly when or where he met his
wife Anna; only that she was from Milan in northern
Italy.  Mixing northern Italians with Sicilians is like
mixing oil and water–opposites–yet their union worked.
They raised seven children, two sons: John and Joseph, and
five daughters: Clementina, Marguerita, Mary, Rose and Virginia
When I was born in 1956, he was in his late sixties.
By the time he was in his 80’s, he’d lost both legs to diabetes .
He passed just four months shy of his 93rd birthday.
I still remember him sitting in the wheel chair in his kitchen,
hands busy weaving yarn into beautiful net scarves just as he’d
learned to weave those fishing nets so many years before.
He never truly mastered English, except for cursing,
which for some reason was always perfectly understandable.
He had nine natural grandchildren and one step-grandson.
He’d keep Hershey bars in his top drawer for when we
would visit, and in the summer would give us quarters
for ice cream.

I've often wondered of the courage and determination
to come to a new country, leaving family and everything
you knew behind, and despite limited skills and language
barrier– marry, raise a family, and survive such adversity.


Stubborn, tough, humble and proud—that was my grandfather.

© Ginny Brannan 2014
Grandchild number seven, only child of his oldest, Tina, I carry the names of my youngest aunt and my grandmother. My Grandpa Joe, Aunt Ginny and I had the unique privilege of sharing the same birthday, and for many years we would all gather at grandpa’s house to celebrate. Some time later when I got married, I would discover that my dear father-in-law also shared this special day.
Grandpa passed in 1980, the year before I married.
Aunt Gin in 1991, the year we bought our house,
My father-in-law passed early the next year.
Not a February 24th passes that I don’t remember and raise a glass to all of them.

A sudden snow shower,
flakes fly past the panes.
We watch in silence,
mugs in hand; steam rising.
You turn on an old movie—
one seen a dozen times,
maybe more…
we laugh in unison,
quoting favorite lines,
echoing off each other,
anticipating what comes next…
...as steam rises

Sharing at dVerse Poetics: Coming off the sugar high. Come by and see what others are sharing!
Posted by Ginny Brannan at 3:49 PM 25 comments:

I function like a man possessed
no longer whole, I play a role
while open wound remains abscessed

Unspoken loss exacts its toll...
on melancholy day, at best. 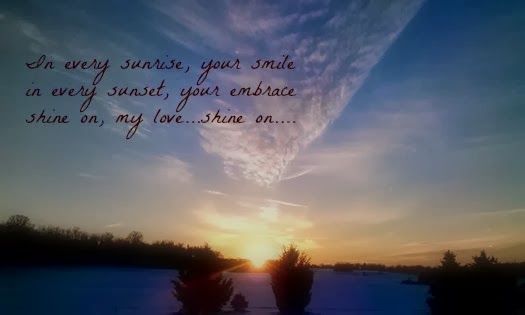 For someone dear to me on their birthday, celebrating a year of "firsts" after loss. My words on one of the almost daily photos he has shared.
Posted by Ginny Brannan at 11:51 AM 2 comments:

Written for the Mag #206 Image provided by Tess Kincaid
A selkie is a mythological creature found in Celtic folklore. The word derives from earlier Scots selich, (from Old English seolh meaning seal). Selkies are said to live as seals in the sea but shed their skin to become human on land. If a man steals a female selkie's skin she is in his power.
http://en.wikipedia.org/wiki/Selkie

mere drops in a bucket
collect into words
to be drizzled onto
snow
white
page...

where we might taste and savor
relish the flavor
of each
new
bite.

Invited by my friend Joe Hesch to visit Heather Grace Stewart's "Take Ten Thursday: Writing Prompt" at Where Butterflies Go. Loved the image and sweet memories of childhood in Vermont it brought back, couldn't resist a visit!! Mmmm…can still taste that sugar on snow!! Also sharing at IGWRT Finding your Creative Space. Thanks for inviting me, Margaret.

Sharing just a few more images of sugaring in my neck of the woods here in Massachusetts:

The snow falls silent on the pane—
another day turns dark and gray;
delight has faded to disdain.

Howling at the Moon

Tiptoeing carefully,
trying to stay low key…
yet not everything
is written black and white.
Find your music—
dance without fear:
life’s too short not
to make some noise!

Written for The Mag #205. Image provided by Tess Kincaid.
She provides the image, we the story. Stop by and read!!
* For my brother, my best friend, who helped me find my voice; who taught me to "howl at the moon."