I read too much in the silences
the words unsaid between the lines
Can’t you see the heart worn on this sleeve?
Hanging on this thread from your web of indecision
while you ponder what to take and what to leave.
There was no “quid pro quo” offered,
— no ‘if; thens’ —
…and only I expected otherwise,
over-thinking things again.

Email ThisBlogThis!Share to TwitterShare to FacebookShare to Pinterest
Labels: HumanNature 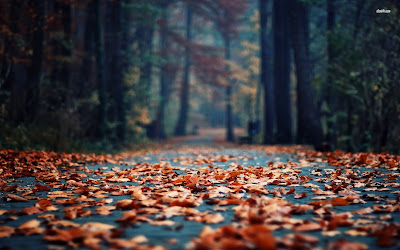 The rain-soaked leaves fall from the trees
to coat the asphalt avenues,
they cling to shingles on the roofs
and track inside stuck to our shoes.

They drop now as the raindrops do—
spinning, skipping in the squall;
muted vestiges of glory
upon the lawns and fields soon sprawl.

Each year the same old fate unfolds
by early frost and chill propelled,
this final blaze of reds and golds
as season bids her last farewell.

And as the colors dissipate
we feel that ever-growing pall;
the long cold winter lies in wait—
for now, we’ll revel in the Fall.


Like a sponge I soak up the rosés  and burgundies,
golden Chambourds, Bourbons and Grand Marniers
the yellow-green Chartreuses and emerald Absinthes
… a sot in need of one. more. shot.

Just a steward in this cabinet of riches,
for six decades imbibing, sampling the goods,
savoring each flavor; knowing that soon
each one sours to brown,
spilling to ground until gone.

Shaking with chill of withdrawal,
my twelve-step program starts now—
counted by months
until my next binge.


Little seashell in the sand
uncovered by the lapping wave,
with your home here in Vietnam
I know you have seen better days.

Days when the sun shown bright
not hidden by the dust of war,
and peaceful days without a fight
when people could enjoy this shore.

These days of war will last awhile
while unsuspecting people die,
a war so ugly and so vile
and we who watch still wonder why.

My somewhat sheltered small-town Vermont life left me blissfully ignorant of the realities of the war on the other side of the world.  naiveté.  My teacher panned the poem, part of her notes had to do with me "personifying" an inanimate object (the seashell). I do have to wonder if the underlying factor had more to do with my sympathetic views of that war. Hindsight is always 20-20, you know…

Anyways, for better or worse, first "real"poem I can remember writing.