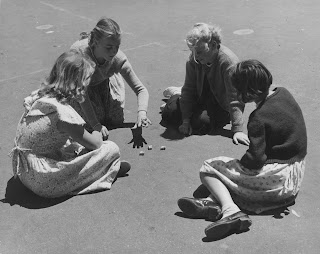 Times were so much simpler then
the world so big and far away,
future bright and full of promise—
had our family, had our friends
no worries to get in the way.

But as we grew, our differences
rose more pronounced with each new day,
yet our core values still remained
beneath it all, the emphasis:
no matter what, we’d be okay.

Perhaps it is naïveté
to think that things could stay the same…
nestled safe in our cocoons
where outside world was kept at bay,
and innocents were not consumed.

But life, we learned, is not a game—
the moral values we once claimed
no longer deemed necessity;
coping skills, so long ingrained,
now lost inside complacency.

The darkness spreads now unconstrained,
our safety net has long been torn.
We can’t go back to where we were
but can’t continue in this vein
where daily shootings are the norm.

As NRA renews platform;
quotes amendments, seals their base,
how do we protect our children?
No safe haven from this maelstrom
so those “paid off” will not lose face.

Comes a time to stop discussing
before another school’s laid waste
words are nothing without change
until then there is no trusting.
Don’t forget now, we are watching
when vote comes you’ll be replaced.


Another day, another school shooting. Thoughts and prayers, or voices and change. You decide.

My love goes out to all the mothers, fathers, families and friends in Parkland who have had their hearts ripped out in this horrible massacre.
Posted by Ginny Brannan at 7:55 PM No comments:

The Devils That You Know…

I’ve come to understand
the power that bullies have:
how they come to hold their sway.
By their own bravado they entice
those with low self-esteem.
By their swagger and their ego
they collect the like-minded.
With selective inclusion they encourage
the ones with no compass to follow their lead—
for their power lies in the masses,
and fostering their words and ideals in others
puts them ever higher on their own pedestal.

A bully is never wrong, and even if
they are, they’ll never admit it.
They twist the facts to suit their
narrative, in a place where lies reign as truth,
and truth becomes non-existent .
When perception is everything,
they must not be perceived as weak, and
so the elderly, the handicapped, anyone
with physical infirmity or even an ounce
of compassion becomes a free-range target.
When they speak, they speak in constant
repetition, peppering…hammering…
and so the brainwashing begins.
Who doesn’t want to be seen as confident?
Yet,  there is a difference between
being confident or pompously ignorant.

It’s no wonder that those
without a platform of their own
would be attracted to
such a larger-than-life personality,
whether they agree with them
or are just enamored by power and spectacle.
No matter who goes under in their wake
they no longer care, for they are riding high
on the wave of new found popularity.

I’ve known the power that vicious words create
when uttered from the mouth of someone who
thinks only of their standings with their peers
elevating themselves with malevolence and hate.
Self-proclaimed gods filled with delusion.
They forge ahead, while those who follow them
ride along on the coattails of the inept and ignorant,
trading their soul for just momentary illusion.

A bully shines like polished silver in the sun —
a visual trick to attract, a closer look reveals
something more akin to cheap tin.
A bully feeds off anger and resentment
with a dash of fear to retain
anyone who might dissent .
When the tipping point comes,
when the smoke clears and
all those mirrors disappear
the bully will never see he’s losing:
far too smug to admit his grasp has loosened
he’ll denigrate all who jump ship
with lies and insults of his own choosing.

I’ve come to understand the power of bullies
I’ve seen my share come and go—
those with a huge ego and
the words to stir the masses.
Their reign almost always passes
as dawn breaks to reveal the empty soul
of a narrow-minded power-tripper.
A few will have been turned by his reality
to create power trips of their own.
Many will recoil from their actions
and many will just walk away,
but most will scratch their heads in wonder
of how such person could hold sway. 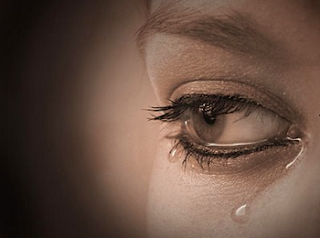 "...whatsoever a man soweth, that shall he also reap."
Epistle to Galations, 6:7 King James Version

I have seen my share of bullies...middle school, high school, in work, daily life, politics. Their power is gleaned from the ones that follow, either enthusiastically, or in silence that they never become a target of the bully's vicious attacks.  Karma is a bitch, and she always comes back to haunt them.
Posted by Ginny Brannan at 11:30 AM 2 comments:

When something is changed
‘altered’ in any way,
the words rearranged
to suit the narrative of the teller,
where does the truth lie?
Each day another lesson learned.
When did
“truth, justice and the American way”
become
lies, twitter rants, and news with a slant

The would-be leader sets his ax,
turns up the volume on alternative facts
trying to throw us off balance—
I refuse to be swayed.

This dance is getting old;
when is the music going to change? 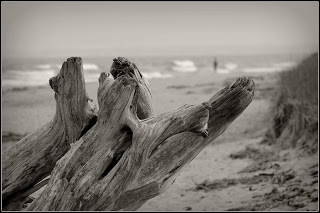 Invisible,  unseen—
each cut to the bone,
each sin unatoned.
Faded, yet never gone…
hunting us… haunting us
surfacing like a stain
even when clouds disappear
and days render clear.

Still, what is to be gained
by complaining?

Each is dealt a specific hand
—if you are still in the game
then you’re already winning.

Sharing at with Hedgewitch over at Verse Escape for Friday 55.