Somewhere Between the Rapture and the Rain… 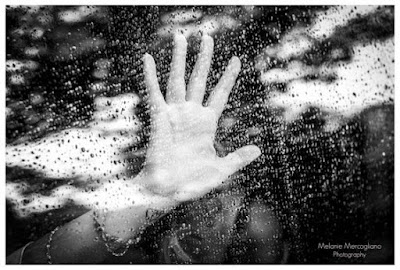 We are, each of us, scarred—
sullied and carved
by jagged remnants
of nameless afflictions.
I will never judge
your scratches and flaws,
nor diminish what you’ve borne
with platitudes and empty words.

For what one sees is minimal,
barely a mar on the surface—
like an iceberg, the trauma
we've incurred sits deeper:
invisible to the naked eye
yet felt on the days
when the sun lies veiled
and old memories rise
to fester once more...
And yet, we survive —
despite our flaws,
or maybe, because of them.

I have felt your distance
as your thoughts turned inward
before focusing once again.
There’s beauty in your nakedness
where only truth remains
no need to cover up the welts,
nor pull away in shame.
Each one of us has a past,
so who can ferry blame?

You may not think I know you well,
but I understand the pain…
no one feels the sun’s sweet warmth
unless they’ve known the rain. 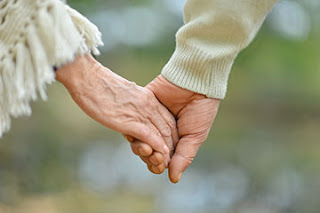 Hey now my darlin’, it’s time to come home
I’ve been waiting on you for a while—
our seeds are all sown
and our grandkids are grown,
it’s time that I shared your smile.

Hey now my darlin’, the voice that you hear
as you try to hold on a bit longer…
you remember it well,
by your eyes I can tell
that each day my whisper grows stronger.

Yet, dearest darlin', I’ve always been here
through the laughter, the joy, and the pain…
through sunshine and sadness,
the moments of gladness—
a part of me always remained.

Hey now my darlin', I’m waiting for you
to hold you again, to embrace;
there’ll be hugging and kissing,
and much reminiscing
as I trace the soft lines on your face.

Hey there my darlin', now just close your eyes—
tell me, whose is the face that you see?
The one who adores you,
who lived his life for you…
it’s time to come home now
to me 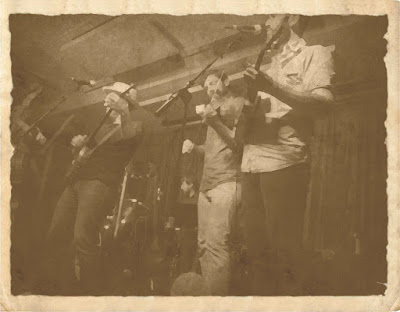 Ever so subtle, the banjo begins
as the beat of the bass makes its mark,
the melody's captured now by mandolin
till the strings of the fiddle embark.
Clear and concise there’s a single voice heard
then others to bridge harmony...
clapping and tapping ensues, undeterred;
and the lyrics they share— poetry.
They build to crescendo, then slow to a whisper
and hit all the notes in between…
we conjure the places the music now takes us
the land and the people they’ve seen.
Their tone and inflection belying the depth
of the pain and the hardships they’ve known—
they’ve travelled this country, the length and the breadth
now we garner their seeds as they’re sown.
For they bring an escape for a moment or two,
the music: a balm to our soul—
in the lyrics we’re gifted; transported and lifted
left healed to this feeling of  'whole.'
And always the music that carries us back...
a reminder of who we should be:
kinder, more mindful, without animus
no anger or need to appease.

We entered this place to escape from the rain
and in doing so, found a release:
the melodies shared have unlocked the constraints
and leave us encompassed in peace.

On June 6th we went to hear one of my favorite genres of music, a mix of folk/bluegrass/country, played by The Steel Wheels, a wonderful and talented group of young musicians out of Virginia. There is thought and depth in the lyrics they share, perfectly arranged and impeccably played. There is something in the sounds of a banjo, fiddle, mandolin, bass. In words that speak of home and things that touch our hearts and our lives. One of their songs was inspired by a man who learned that Federal land was to be auctioned off cheaply and under the radar. He went to the auction, did not know how to keep the land in trust, to keep it pristine for his daughter and new generations to enjoy. Ended up bidding, however foolish in knowing he could never pay. He got thrown in jail, but the incident brought light to something that would have been left unknown and ignored. These are stories of  hope and of love, of country, of family, of the beauty of this land. How can one not leave feeling uplifted and inspired!!

Posted by Ginny Brannan at 2:31 PM No comments: