In the Path of the 'Rising Sun'

They zeroed in on Eden’s shore
and skirted the periphery
a steady drone at first ignored...
in cloudless skies the war birds soared,
as Sunday wakened, halcyon.
Attacking with impunity
the dragon loose on peaceful quay—
too quickly sleeping fleet destroyed...
with thousands lost in casualties
all-eyes turn toward Rising Sun.
The moments of that fateful day
remain ingrained in history,
as petals drift o’er sunken graves
on oil-slicked sea that still purveys
where countless faced oblivion.

We remember and honor ALL
those who faced the fire and destruction
on December 7th, 1941.
and all servicemen who turned around,
chased the ‘dragon’ down
...and bravely walked into its flames.

Image: Flower petals float amidst the oil sheen and rusting remains of the USS Arizona memorial at Pearl Harbor.
Posted by Ginny Brannan at 7:47 AM 2 comments:

Words ricochet inside my head
of all the things I should have said:
the “thank-yous” that lie half-composed
caught up inside of life, transposed.

I stare off into space instead
and chase the words inside my head—
What do I say to family,
and strangers who have carried me…

for kindness shared, for love they’ve shown,
reminding I am not alone?
The words remain inside my head—
resisting form, are left unsaid.

We’ve struggled under life’s demands
—seems nothing ever goes as planned,
with all the words I might have said
preserved unspoken in my head. 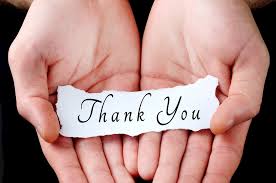