Never Give Up, Never Surrender

“Never Give Up, Never Surrender”

I’ve watched you struggle with the day to day
never giving up, propelling yourself forward
when you barely had the strength to sit up.
I’ve watched you will yourself to stand, knees shaking
forcing your atrophied legs to hold you
—just a few moments longer.
When asked if you would try again,
it wasn’t even a question, you just did it.

What is the measure of a man?
I’ve watched you lose your strength, your balance
your ability to work, all the things
that you thought defined you
to discover that what truly defines you
is that part of you inside that
never gives up, never surrenders.
I’ve watched you come back
from the brink of forever,
to grow stronger every day.
You are so much more than the sum of your parts,
you are the epitome of faith and belief:
belief that God won’t give you more than you can handle;
faith that if He wills it, you will get better.

I may struggle with my own beliefs,
all but one that is…
I believe in you, who you are,
the example that you set.
I have watched you fall, pick yourself up
brush yourself off, and try again.
You have taught me that if you are willing to try
then nothing can keep you down.

That is all any of us can do,
get up, brush ourselves off
and keep moving forward.
…and never, ever, ever give up.

Posted by Ginny Brannan at 11:59 AM No comments: 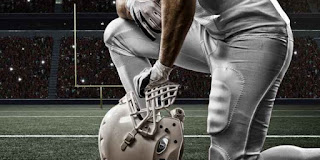 It’s not about disrespect
the ‘one-knee’ genuflect
that drives the politicians insane.
It’s not about the veterans
who’ve fought in any war
or those who haven't
—for that matter.
It’s not about the flag
or what it stands for:
in case you’ve forgotten
it stands for all of us—
we are all created "equal,"
and have “certain inalienable rights”
nowhere does it specify these 'colors'
belong to only the ‘white.’

Stereotypes abound, they’ve been around
for decades. Gang culture permeates society
insults our integrity, so when a celebrity
takes a knee he is being too “gangsta.”
They’ll tell you it’s about race, that
“He’s dissing the flag…
he’s dissing the country…
he’s dissing the veterans…
Let’s put him in his place.”
It don’t matter the reason
because him and his kind
deserve to be punished;
we’ll spread the word
to endorse “open season”

Why can’t they just see this is where it began
‘See no evil,  hear no evil…
don’t want to know.”
And if we don’t listen
and we turn a blind eye
we’re basically saying we “don’t give a damn”
—condoning the violence no matter the man.
This blindness is spreading
it turns to disease;
fueling deeper myopic tendencies.
It waits in the wings
like some kind of vulture
to pick the raw scabs
of our struggling culture.
No, it’s not about the flag, nor the vets nor the wars
nor the country we live in and love to the core
it’s about equal treatment under the law
and freedom to express one’s dissatisfaction
when our leaders are guilty of not taking action
for this huge demographic they choose to ignore.

The media blows this thing out of the water
the president perpetuates to sow more discord
No, it’s not about the flag or being unpatriotic
this constant barrage from this would-be warlord;
it is about trolling and controlling the masses
and stirring the derision as it fits his accord
distracting from the bigotry, the social injustice
the prejudice and animus that’s being ignored.

I grew up in small town VT in the '60's where we watched the race riots on TV. It wasn't until I was 10 or 12 and visiting my cousin in the bigger city, that I personally saw the ignorance and animus that some felt toward others because of skin color or cultural differences. You'd think by now, 50 years later, we'd have grown past such blatant bigotry, but this "take a knee" movement has revealed what apparently has been lying just below the surface all along. I may never understand what it is like to be profiled and discriminated against because of the color of my skin, but I believe that we all deserve "equal treatment under the law,' and that our leaders should be focusing more on understanding the reasons behind the movement rather than stirring the pot with their selective ignorance, personal opinion, and inflammatory commentary.
Posted by Ginny Brannan at 10:41 PM 2 comments: 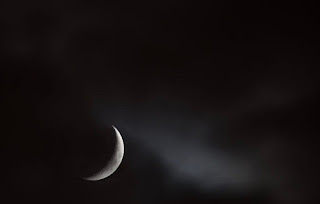 Can we judge the life of another
when we don’t know the demons within
the highs and lows and daily struggles
or a need for their darkness end?

To be surrounded, yet feel alone
when nothing is going as planned
when it’s so hard to voice the pain that you have
feeling useless and not worth a damn.

The temptress sings her siren song
awakens the demons within…
I’ve glimpsed into the dark abyss
while tiptoeing on the rim.

Today another left this world
the dark side made its claim
and all the folks he’s never met
are mentioning his name.

A sad and senseless tragedy
there’s no free pass with fame
so difficult to understand,
when no one thing’s to blame.

When there are so many shades of black and gray
sometimes we can’t tell the clouds from the night.
And there are times when you know that people love you,
but they just don’t seem to understand.
Sometime it’s only a word or a call;  a note,
a comment that makes all the difference.
“I 'd notice”was my lifeline—two little words,
a simple reminder when I needed it most
that someone was out there and listening to me.

I only danced with the darkness; for so many it is a daily struggle
bigger than anything that most of us will ever understand…
If you feel weighted down, that you are sinking
and have nowhere to turn, talk to someone
if you can’t talk to a friend call 1-800-273-8255.

Hoping that all who struggle with depression and their ‘dark side’ will find peace.
Posted by Ginny Brannan at 5:03 PM No comments: