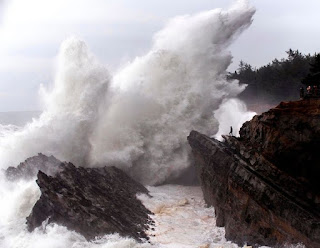 But if you’ve wondered where I am,
I’m here, putting out my all:
I am my mother, grace under fire,
I am my father, hard-worker, provider—
I am the wall between storm and the sun
the shield, the front line; I am the one.
When this moment threatens to steal my soul
to suck me dry from deep within,
I plant myself firm ‘tween the rocks and the wind
as the rebel inside of me rises again.
Posted by Ginny Brannan at 1:26 PM No comments:

The River of Denial 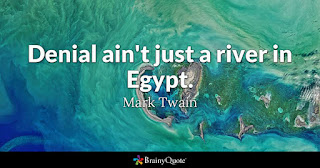 They called it a win
when the plague slowed
and fatalities dropped.
And though there was no cure,
they said we’ll “reopen.”
Now they say it is unlikely
we can beat this back.
How can we, when everything
is an affront to our “personal freedom”
and not even those in charge
can pull it together to set an example?
Yes, we’re Number One again…
—Number One in one-day total increase
—Number One in the overall cases
—Number One in total mortality
another proud moment in American history.
Safety takes a backseat, and we learn
what we’ve known all along:
American lives are expendable.
Keep denyin’ y’all…
keep blaming those Chinese.
It may have started there,
but it’s dug in and hunkered down here,
and it ain't over till it’s over.
There’s enough “blame” to go around...
The president golfs.
Americans die.
Just another day in the U.S.A.

Based on observations and comments read. Ultimately we are responsible for ourselves. Stay safe out there!
Posted by Ginny Brannan at 9:46 AM No comments: